Leonardo DiCaprio really, really didn’t want to be seen going out with his girlfriend Camila Morrone to Nobu in Malibu yesterday, as Los Angeles’ coronavirus cases hit over 100,000. The couple was photographed by paparazzi arriving at the restaurant together. Both sensibly wore masks, which is the minimum the CDC is recommending people do to prevent the spread of COVID-19. But shy Leo went one step further, wearing a baseball cap and pulling his hood down to obscure his face. If DiCaprio had the option to disappear in that moment, he very well may have taken it. This is the most hidden he has appeared in any recent paparazzi photo. 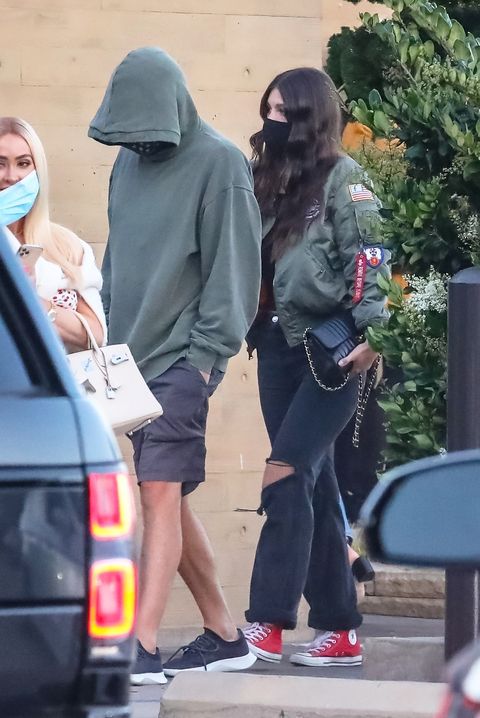 Morrone didn’t share his sentiment, wearing her black mask, a jacket that matched his, and her brown hair down in waves. She did not hide her eyes, so paparazzi could identify her and thus, him, her partner of over two years.

This isn’t DiCaprio’s only big public outing this month. The actor threw his girlfriend a yacht party for her 23rd birthday in mid-June, where paparazzi snapped pictures of them arriving that multiple outlets ran. According to Page Six, it was a “crowded affair,” where guests wore cowboy hats and western attire. Not many people wore masks, but Page Six reports that DiCaprio was “one of the few” to keep one on. Good for DiCaprio…although it doesn’t negate the fact the actor disregarded California’s prohibiting of large gatherings because of their danger spreading COVID-19 and hosted a bunch of people on a 43-meter super yacht. People reports they practiced social distancing at the party, if that’s any consolation.

Most of the time though, DiCaprio and Morrone are quarantining together with no additional company. A source told People that DiCaprio seems “serious” about Morrone now. “They are very close,” the source said. “Leo has spent 24/7 with Camila for months at his house.”

“He is usually very independent, spends lots of time with friends, but because of the lockdown, he has mostly spent time with Camila,” the source said. “He loves being with her.”