In March 2020, about a month after the South Korean film Parasite won four Oscars, including Best Picture—the first non-English language film to ever earn the Academy’s highest honor—US states began issuing lockdown orders for COVID-19. Shortly after, we began to hear reports of Asians and Asian Americans across the US being beaten, spit on, stabbed, and attacked in a multitude of other ways.

Fast forward a year later, and not long after the Korean American film Minari was nominated for six Oscars, six Asian women—including four of Korean descent—were gunned down at three Atlanta-area spas. When South Korean actress Youn Yuh-jung, who won an Oscar for playing the grandmother in Minari, told her family her plans to travel to the US to attend the awards, her son, who lives in the States, warned her not to come for fear that she might get hurt.

This is the sad, strange, and paradoxical reality we live in today. Korean pop culture and creative works by the Korean diaspora (such as Minari) are enjoying unprecedented global popularity, and yet, Korean Americans and other members of the Asian American and Pacific Islander (AAPI) community are being assaulted, harassed, and murdered. The stories on NextShark, an Asian American news site that has provided the most extensive coverage of anti-Asian violence throughout the pandemic, are gut-wrenching and horrifying. According to Stop AAPI Hate, which tracks hate incidents against members of the AAPI community, 6,603 anti-Asian hate incidents took place across the country between March 19, 2020 and March 31, 2021. And those are just the reported cases—many hate crimes go unreported. 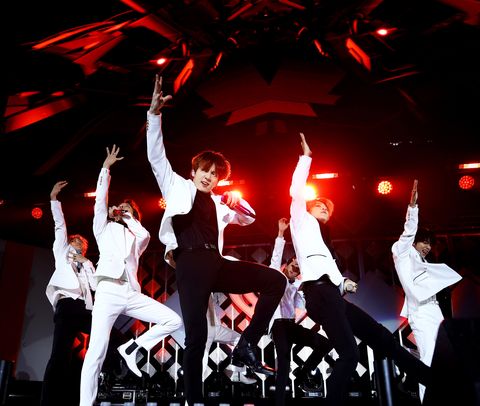 BTS, a K-pop phenomenon, has also become one of the biggest bands in the world.

How is it possible that when Asians are finally starting to be seen as “cool” and “hip” in the West, we’re also being brutally attacked and even killed on a regular basis, often in broad daylight?

Unfortunately, there’s not a simple answer to that question. But America has long had a pattern of scapegoating people of Asian descent for its societal and economic ills, from white workers blaming the Chinese for stealing their jobs and bringing diseases—which led to the Chinese Exclusion Act of 1882—to our own government forcibly sending more than 120,000 Japanese Americans to internment camps during World War II, to two white auto workers, who were allegedly out of work in 1982 as Japanese car manufacturers outpaced American companies, killing Vincent Chin, a Chinese American, whom they mistook for Japanese.

When times are tough, it’s always easy to simply point the finger at someone else. And it’s even easier if that person doesn’t look like you and is someone you might regard as “foreign” and “different.” It’s even easier when your own political leaders are feeding those impulses by using terms like “China virus” and “kung flu” in the midst of a global pandemic.

How is it possible that when Asians are finally starting to be seen as “cool” and “hip” in the West, we’re also being brutally attacked?

Although the rise of Korean pop culture and increasing Asian representation in Hollywood may be changing how Asians are perceived by some people (especially younger generations), there are still many others who remain entrenched in their bigoted mindsets and continue to buy into racist tropes about Asians. Centuries of misrepresentation, erasure, and othering of Asians in America have resulted in blatantly ignorant assumptions that persist today, like the tendency to label anyone of East or Southeast Asian descent as Chinese, harmful stereotypes (including the fetishization of Asian women and associating Asians with disease) and tired, xenophobic taunts like “Go back to China.” Anti-Asian racism has been normalized in this country for so long that many Americans to this day seem to think racism is OK if it’s directed at Asians. Many also fail to recognize AAPIs as a marginalized group due to the persistence of the model minority myth, with a recent survey showing that about one in four white people do not see anti-Asian racism as a problem. It will take a long time to undo these prejudices and misconceptions about AAPIs that have been deeply ingrained in the American collective consciousness.

It’s also hard not to wonder if Korean pop culture going global is sparking anxiety and resentment in some Westerners—similar to how Japan’s economic rise in the 1980s triggered anti-Asian sentiment across the US. The Korean Wave, or Hallyu, which refers to the growing popularity of Korean culture across the globe, has impacted lifestyle and culture in almost every corner of the world. From cosmetics to gaming and e-sports to food, music, TV, film, fashion, and wacky internet trends, the Korean Wave has helped shape almost every major global cultural trend. Might some subconsciously fear that Western dominance in global culture is being threatened by the ever-expanding Korean Wave? Quite possibly. It’s perhaps one of the underlying reasons why American and German radio personalities have hurled racist vitriol against K-pop superstars BTS, for example. 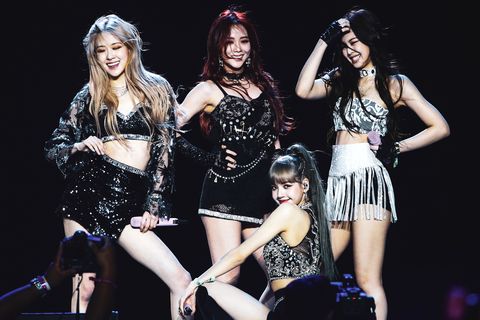 Since their debut in 2016, the South Korean girl group Blackpink hasn’t stopped breaking music industry records around the world.

For me, the heightened anti-Asian violence over the past year has served as a wake-up call. I’ve realized that no matter how many Americans may be buying Korean products (the Atlanta spa shooter drove a Hyundai, for crying out loud), or how many ethnic Koreans may be winning prestigious awards on the international stage, there are still people out there who are inclined to verbally harass or even physically harm anyone who looks Asian. I’ve also seen instances in which people (like this 72-year-old white woman who wrote to the novelist R. O. Kwon) claim they love Korean pop culture before proceeding to spew insidiously racist language about Koreans. Susan Lee, a writer, tweeted that it’s possible the obsession with K-dramas and K-pop has actually made some people more racist “because they think they ‘understand’ being Korean, so they get a pass on racist thoughts/tendencies.”

With the rise in anti-Asian sentiment, some Koreans living in the US are returning to South Korea. I’ve considered moving to South Korea many times over the past year, even though I was born in the US and have lived most of my life here. While South Korea certainly has its own problems, at least I wouldn’t have to constantly worry about being attacked outside my home just because of what I look like.

I really hope I won’t have to pack up and leave. I want to give my home country another chance. I want to believe that one day, I—and many others who look like me—won’t have to walk down the street constantly looking over our shoulders. So I’m asking all of you: stand up for the AAPI community. AAPIs make up only seven percent of the US population, but with the help of our allies, we can collectively push for the changes that we so desperately wish to see. 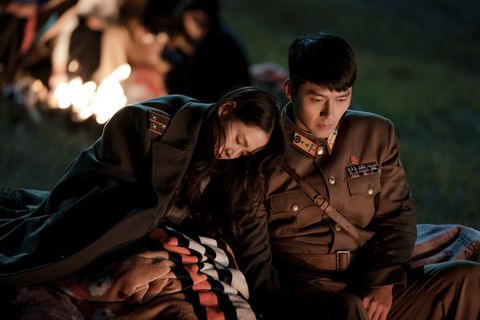 The Netflix romantic drama Crash Landing on You literally drops a South Korean heiress into North Korea—putting her fate in the hands of a dashing young army officer.

If you’re not sure where to start, here are a few suggestions:

Staying silent is not an option when numerous Asians and Asian Americans across the country are being targeted every day.

Dismantling stereotypes of Asians and Asian Americans will be a slow and painful process—a long and arduous journey we should not have to undertake alone. Fans of Korean culture and entertainment need to be allies for the AAPI community—and no, stanning a K-pop group or binge-watching K-dramas doesn’t automatically make you an ally. Engage in at least the five actions listed above. I cannot emphasize the fifth point enough—please, if you see an Asian person being harassed or assaulted, stand up for them, just like you would defend your favorite K-pop artist against racist abuse on social media.

But don’t stand up just because you happen to love Korean or other Asian cultures. Do it because human lives should be valued, and because people of Asian descent—whether that’s your favorite K-pop singer or the average Asian person you see on the street—deserve to live lives free from racism and violence.

Regina Kim
Regina Kim is a communications director for a global media agency and occasionally writes articles about entertainment and culture, which you can find at reginakim.com.

Chrissy Teigen Apologizes Amid Bullying Controversy: “I Was a Troll, Full Stop”
These Drugstore Moisturizers Will Nourish Skin Without Breaking the Bank
Kate Middleton Stuns in a White Blazer Dress at Eden Project Reception
The 25 Best Hair Product You Can Buy On Amazon
Jennifer Lopez and Ben Affleck Were Filmed Kissing During a PDA-Filled Dinner at Nobu