Yet another Pam and Tommy set photo has come out of Lily James and Sebastian Stan in character as Pamela Anderson and Tommy Lee, and their transformation is as jarring as ever. James and Stan appeared together, filming an affectionate moment between the ’90s couple for the upcoming Hulu miniseries. James wore a gold mini dress while Stan was in a black tank and leather pants. Daily Mail has more set photos, some of which include them making out and generally being all over each other. 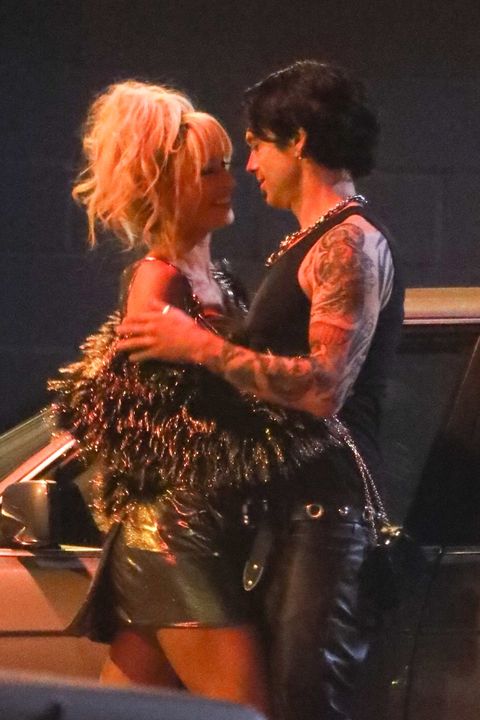 For reference, this is what Stan and James look like normally. Kudos to the hair, makeup, and costume departments for their jaw-dropping work: 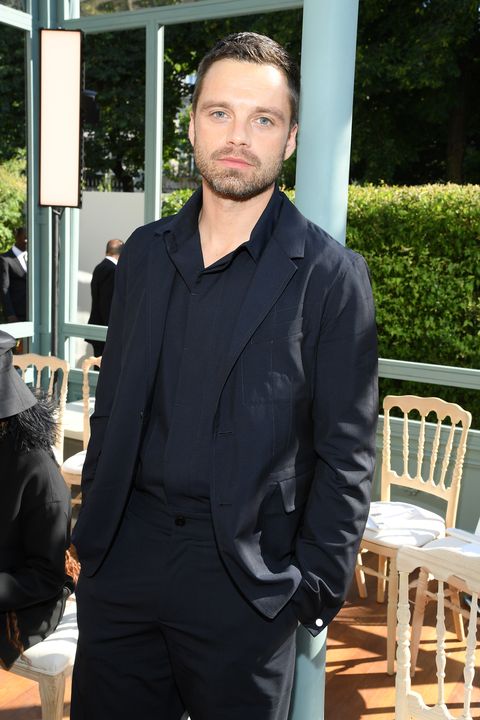 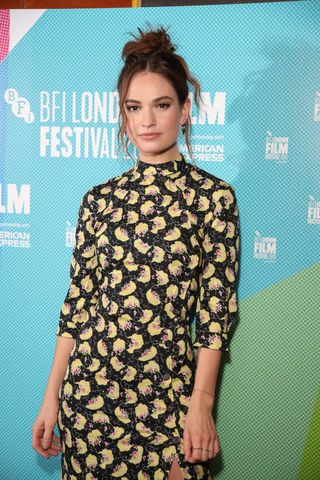 The two have offered more looks at themselves in costume on their Instagrams:

Pam and Tommy will explore the stolen sex tape scandal between Anderson and Lee when they were married. The series has attracted a little controversy already though, with Anderson’s friend Courtney Love speaking out against its premise on Facebook in May.

Love wrote in a since-deleted post, via People: “I find this so f*cking outrageous.When Pam / Tommy sex tape was out / myself @pattyschemel @xmadmx were making a record. And the lone women in many recording studios in LA. Where all / ALL! The staff engineers / producers / owners / were watching the sex tape with huge schadenfraude.. Guffaws, It was disgusting. I banned anyone discussing it.. It destroyed my friend Pamelas life. Utterly.”

She added, “Last week I was asked to approve using a Rolling Stone cover of mine / shot by Mark Seliger in this piece of sh*t/ That they had approved. I said ‘f*ck no.’ shocked. Gentleman don’t approve this sort of thing. My heart goes out to Pammy ♥️♥️ further causing her complex trauma. And shame on Lily James whoever the f*ck she is. #vile.”