It took me until I was 30 to come out. When I did, I was terrified of how people would treat me. To one friend, I came out over text—my lede buried beneath apologies for even sharing this news. A week later, he took me out to gay bars to show me around. Over coffee with another friend, I muttered, “I think I might be trans,” after a half hour of blundering small talk; that afternoon, she gave me a tote bag full of makeup. “That makes sense,” my mom said, over the phone. Nearly everyone in my life was supportive, and, in hindsight, my trepidation seems a little excessive. Three years later, I can hardly remember the intensity of my fear.

This doesn’t mean my fears were unfounded. They were valid for all the predictable reasons that prevent trans people from living safely. The first time I ever went out femme in public, for instance, a car followed me around the block; the third time, my partner—one of the first people I dated after coming out—bragged about doing whatever she wanted to me without verbal consent. Both occurrences were scary, but they were, I believed, what I should have expected. Blatant and implicit transphobia is too often the air that we breathe. J.K. Rowling continues to attack trans people online, despite having everything better to do. The BBC recently ran a fear-mongering piece about cis women being “pressured” to date trans women. In 2019, Human Rights Campaign declared the killings of trans people a national epidemic—in particular, the killings of Black trans women. The murders of trans people have only increased since then.

My greatest fear, however, was a bit more mundane: I was terrified no one would ever love me. Worse, I believed I wasn’t deserving of love, or that the love I received would come with certain provisions and impediments. 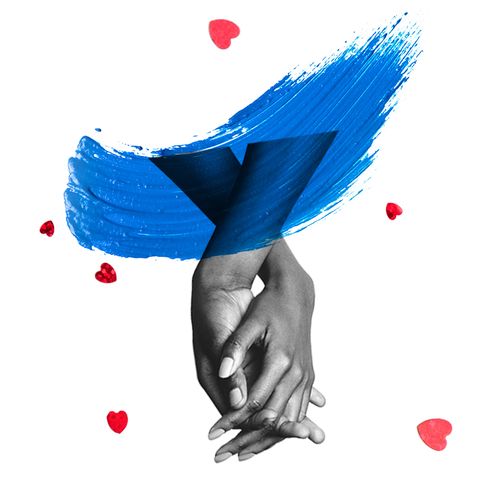 I’m hardly the first trans person to have this concern. Jules Gill-Peterson, a professor based in Maryland, told me she was prepared to resign herself to a life of isolation after transitioning. “One of the many transphobic lies that we’re told in this culture is that trans people are isolated and not lovable,” she told me. These lies are largely made up of tragic tales of rejection and violence. I don’t want to give the impression that it’s not hard to be trans in America. Over the last year, dozens of states have introduced anti-trans discrimination bills, many of them targeting children. Trans people have a harder time accessing healthcare and housing. Nearly one in two trans people will be sexually assaulted in their lifetimes.

But for Gill-Peterson, dating has “helped [her] get over that internalized messaging really fast.” Translation: People found her hot. Though I’m too shy to call myself hot on the record, my experience has been similar. Thanks to the popularity and critical acclaim of work like Detransition, Baby, Framing Agnes, Gender Reveal, and so much more, the stories of trans people are finally being rewritten. So for Valentine’s Day, I talked to some trans writers and artists about falling in love: The unique joys of loving while trans, the sexiness of it, the moments of self-reflection and growth. Cis people don’t know what they’re missing.

A.E. Osworth, a novelist based in Portland, met their boyfriend, the writer Alex Marzano-Lesnevich, online a little over a year ago. Not on a dating app—but through a DM. “They very sweetly asked me a question about teaching. And I answered very earnestly, and did not understand that they were flirting,” Osworth recalled. They mostly dated cis people before meeting their boyfriend and naively assumed dating a trans person would mean reaching a magical state of pure understanding. “That is a very sweet way of being wrong,” they joked. Both Osworth and their boyfriend identify as non-binary, and their ability to “hold space for really different conceptions of each other’s gender” feels, to Osworth, “really fucking trans.”

“Freer” is the word Britni de la Cretaz, a sports writer living in Boston, used to describe how their relationship changed since they came out as trans. Freer in the sense that they can explore their identity without fear of rejection; freer as in hotter, and more exciting, and intimate. Their partner is transmasculine, and when the two started dating, de la Cretaz identified as a queer cis woman. When they came out, however, their partner wasn’t surprised. “I think he saw me for who I was before I saw myself,” they told me. “There’s something really beautiful about that.”

“When you share yourself with someone, you can’t help but grow closer and fall more in love.”

Portland novelist Emme Lund met her partner at a party in 2005; a decade into their relationship, her partner came out as genderqueer. A few years later, while walking her dog, Lund realized she wasn’t cis, either, and when she told her partner—after completing the walk, she assured me—they were nothing but loving and supportive. The first dresses Lund wore belonged to her partner. Coming out has made things a lot easier for them both. “We’re both able to be who we are,” she told me. “Which is a lesbian couple.” More importantly, their relationship—their marriage, as of last year—has only deepened since Lund transitioned. “When you share yourself with someone and you have a good relationship with that person, you can’t help but grow closer and fall more in love.”

I’ve felt the same way in my current relationship. Before we went on our first date a little over a year ago, my partner knew I was trans. Nonetheless, I was nervous to dress femme around her, worried being my true self might push her away, that it might result in the hermit life that Gill-Peterson also feared. When I think of being seen, of being supported, I think of the time we went to the movies, after only a couple months dating. Before leaving the house, I agonized over whether to wear a new dress, worried she might not be attracted to me if I did; in the end, I decided to wear it—I wanted to wear it—and, when she met me at the theater, her first instinct was to compliment my new dress. She offered the kind of support I’d never safely received in prior relationships, and our connection evolved in ways neither of us expected. With her, I had nothing to worry about.

Dating, of course, is a separate animal from long-term relationships—and more prone to ghostings and dud dates and the occasional absolute sicko. In Alabama, Emrys Donaldson, a college professor, is only just getting back into the dating pool after medically transitioning during the pandemic. Before he transitioned, he “was very nervous that no one would want me anymore.” In reality, it’s been much easier for him to find people with whom he’s a lot more compatible. “Most of the assholes that wouldn’t work out anyway…swipe left and I swipe left on them.” Donaldson spends a lot of time in Atlanta, where he’s met more trans peers and elders. Expanding his community has meant seeing more models for trans love. “I’ve met trans guys who have been in good relationships for a really long time,” he told me, but acknowledged “there’s always a need, or a thirst, for more elders.” 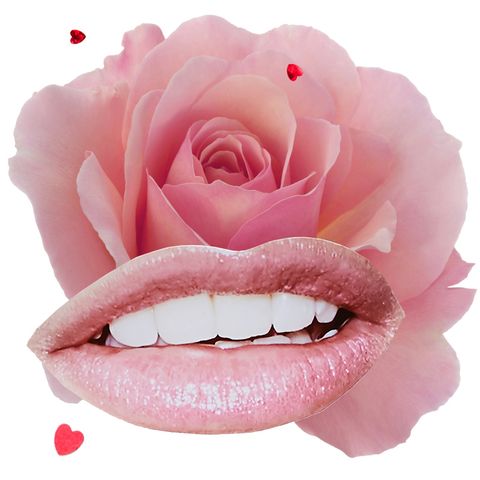 Like Donaldson, Denne Michele Norris, an author and editor based in Harlem, is returning to dating as pandemic restrictions ease up. Though she identified as non-binary for years, she came out as a trans woman last year, and her experience dating has run eerily close to that of her cis girlfriends. “For the first time in my life [I’m going on] dates that feel like what I was taught a date was supposed to be when I was in high school.” Chairs are being pulled out. She has not paid for a thing. Crucially, she doesn’t feel fetishized by the people she’s seeing. Norris is excited to create her own model for romantic relationships. “One thing that queerness and transness, in particular, has shown me is that I don’t have to start with a specific expectation for what anything looks like in my life.”

Gill-Peterson has also given a lot of thought to creating models for trans love. She’s hesitant to idealize queer love—which runs the risk of concealing abuse—and has learned a lot about romance from friendship. Both require “good communication, good boundaries, and [are] open to building forms rather than presuming we know in advance what a good relationship is.” The freedom she is describing was echoed throughout my conversations—the freedom to be yourself, the freedom to create new expectations, the sexual freedom borne out of being in-tune with your body. For Gill-Peterson, this freedom is beautifully trans. “You have this real improvisational freedom that can allow you to figure out how you go together with other people in ways the straights and the cis could only ever dream of.”

At the risk of idealizing: trans love, at its best, is a dream. It’s sexy. Improvisational. Open. Honest. Hot. Tender. Loving. Imaginative. Caring. Did I say sexy? Sexy. This is the story that ought to be told, because this is the story that’s true.

Alex McElroy
Alex McElroy is the author of The Atmospherians, a New York Times Editors’ Choice.